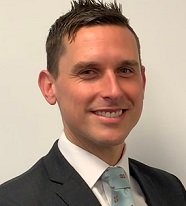 Simon began his police career with the West Midlands Police in 2002, working across frontline operational roles including Neighbourhood Policing, Roads Policing and Offender Management. During his time leading offender management Simon took the opportunity to complete a Master’s Degree in Applied Criminology and Police Management at the University of Cambridge. In 2016 Simon transferred to the Western Australian Police Service as a Senior Sergeant, leading a team under The Police Innovation and Improvement Command to operationalise Evidence Based Policing. During his 18 year career as a sworn officer, Simon has led and operationalised numerous field experiments testing hot spots policing, procedural justice, deferred prosecutions and crime prevention through environmental design. In May 2019 Simon transferred to New Zealand Police Service as a Manager within the newly established Evidence Based Policing Centre. Simon leads a multi-disciplinary team of researchers, knowledge experts, service designers and experienced police officers to test police practice in an applied context, promote evidence based policing and build the capability of officers and staff to make decisions based on the best available evidence of what works, what doesn’t and what looks promising in policing.

Simon supports the Australia and New Zealand Society of Evidence Based Policing in the role of Global Collaboration Lead and is currently the Editor-in-Chief of the society’s journal, Police Science.

In 2019 Simon was nominated as a Fellow of the American Society of Criminology, Division of Experimental Criminology.