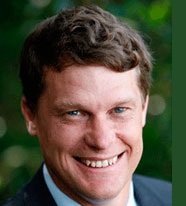 Warwick was appointed Executive Director of the AIPM in April 2012 after acting in this role since December 2011.

Prior to this he was the Director, Programs at the Australian Institute of Police Management since 2007.

In this role he was responsible for the design and delivery of a number of police and public safety industry leadership programs both internationally and domestically.

The international work included delivering training and capacity development programs in the USA, Hong Kong, Solomon Islands, Micronesia, Vanuatu, New Zealand, East Timor and Indonesia. In 2007 Warwick was instrumental in the development and delivery of the inaugural International Senior Command Program designed to better prepare senior police for leading Police contingents in peace keeping and capacity building environments. In 2008 Warwick attended the “Art and Practice of Leadership Development Program” at the Harvard Kennedy School of Government to learn more about how leadership development can be best delivered in the Public Sector. In 2010 he lead the development and delivery of the first Assistant Commissioners Program in Australia. He has been a program manager with the Leadership in Counter Terrorism Program since 2007, working with the RCMP, FBI, PSNI and Scottish Police College to deliver this program.

From 2005 to early 2007, Warwick was the Assistant Director, Programs at the AIPM. One of his key tasks was the development and delivery of the Royal Solomon Islands Police Leadership Development Program. Before working at the AIPM, Warwick served in the Australian Army.